Diageo has announced sponsorship of the Creative Equals Returner scheme #CreativeComeback for the second year, funding a multi-market roll-out to address the lack of women represented in top creative leadership roles around the world.

The programme will run in London, New York, and Mumbai in 2020 with the objective of supporting 100 women back into the creative industries following a career break of a year or more. The expansion follows the success of the first programme which saw 58 women complete the course in London and Manchester 2019, with the majority returning to the creative industries following completion.

In the US, the ANA found in 2018 that although women comprise over half of the marketing industry’s workforce, they still lag behind in leadership roles. In India, research by Kantar and Diageo into the top 150 Indian adverts across sectors found that 29% showed outdated gender stereotypes or needed improvement in terms of gender portrayal.

During the two-week training bootcamp with non-profit advertising and design association D&AD, the returners will be brought up to speed on the latest industry developments before responding to briefs from Diageo brands including Gordon’s, Baileys, Johnnie Walker, Smirnoff, and Black & White. The group will be made up of advertising art directors, advertising copywriters, designers, UX designers as well as social, editorial and digital creatives.

Following the bootcamp, returners will do a four-week placement with a leading agency whilst being supported by a coach. Organisations involved include Anomaly, D&AD, DDB Mudra, Geometry, Glitch, M&C Saatchi, MRM//McCann, Publicis, Uncommon, VMLY&R, Wunderman Thompson amongst others.

“We were blown away by the responses to our briefs from the returners in 2019 and I’m thrilled to see women who took part go on to re-establish flourishing careers. We’re proud to be bringing #CreativeComeback to the UK, US, and India – countries that are crucial to both our business and the creative industries as a whole.”

Ali Hanan, Founder of Creative Equals said, ‘In 2019, with the Government Equalities Office, D&AD and Diageo, we have been able to put bridges back to work for 41 women in London and Manchester, with 15 permanent hires. We know this is life-changing for some, giving them their careers back and making a dent in changing the ratio of female creative directors across all markets.

“Our aim is to shift the perception of CV gaps: these moments where life happens are creativity’s gifts, and yet ‘time out’ as a barrier to coming back to work. We also know ageism is a challenge, and while 70% of the UK’s income is held by those over 50, just 6% of our workforce sits in this age bracket. We know who makes the work shapes the work, so to produce better, more innovative ideas we need diverse perspectives with those from all walks of life at the table to represent the audiences we serve.”

Sarra Yaya, Associate Creative Director who took part in the 2019 #CreativeComeback programme said, “Since completing the training program, I’ve gone from strength to strength. I worked on several projects for Baileys, three successful pitches and have now taken an Associate Creative Director role at an agency who is supporting me to work flexibly to juggle work and look after my 2-year-old. I couldn’t have done this without the confidence, drive and reboot the #CreativeComeback programme gave me.”

Julie Bramham, CMO for Diageo India said, “I am delighted that we will be working with Creative Equals in launching this programme in India.  It is well acknowledged that diverse teams are more creative and innovative, but still, we continue to see mid-career dropout within the creative industry.  It can be hard to return to work after a long break, hence we are excited to bring the ‘creative comeback’ program to India. We want cutting edge and diverse creative brains to work on our brands and we are excited to make this happen with Creative Equals, DDB Mudra and Glitch.”

The programme will take place in London, running across International Women’s Day from 2 to 12 March 2020 followed by New York, March 23 to April 2, and Mumbai in September and October.

Support for the #CreativeComeback programme is part of Diageo’s broader work to improve progressive gender portrayal in content and to accelerate gender balance in the advertising industry itself.

Diageo has rolled out a comprehensive progressive gender advertising framework and training programme to its marketers and agencies around the world and is the joint author of an industry-wide playbook to remove gender stereotypes from advertising. Diageo is an active member of the Unstereotype Alliance and a signatory of Free the Bid, which aims to increase the number of female directors in the advertising industry.

The company is also recognised in the Bloomberg Gender-Equality Index and ranked as the top company for gender equality in the world in the Equileap’s 2019 ranking. 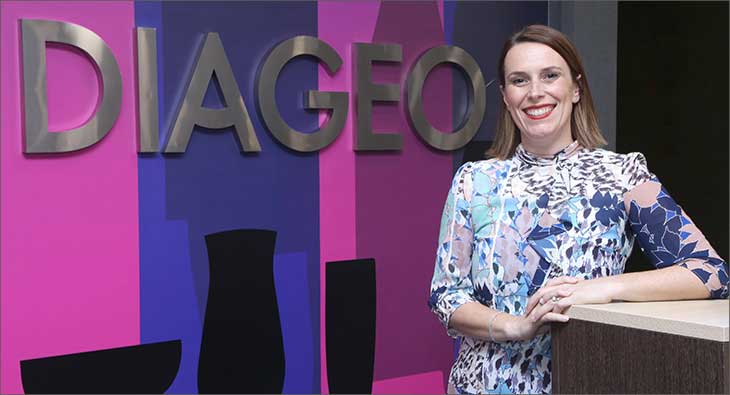